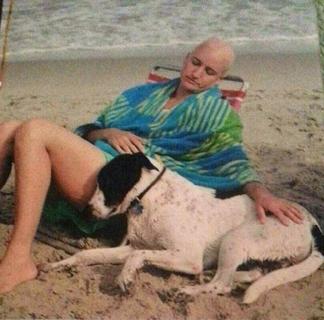 Lou and I live in Ocracoke, an island off the coast of North Carolina, on the Outer Banks.  We have an extraordinary spot on the island as the home for our music:  Coyote Music Den, where we create, teach and share music.  We have writing and teaching studios upstairs and a 30-seat concert space on the first floor.  It's intimate like a house concert - historic and magical.  The Williams House (c. 1900) is our building on the edge of Lake Harbor in Community Square.

During the spring, summer and fall we have one to three shows a week at Coyote Music Den. In the winter we have Open Jams and Word Play gatherings.  We tour off the island to share our music, stories and cancer advocacy.  Lou is also a member of the super-hot "Raygun Ruby" 80's Band.

We enjoyed our 5 seconds of stardom in the Nicholas Sparks film "Nights In Rodanthe"starring Richard Gere and Diane Lane.  We were cast, along with some good friends, as the party band in the post-hurricane scene.  We also made it onto the soundtrack in company with Emmylou Harris, Count Basie, Dinah Washington and The Dillards.

Lou and I together are COYOTE and we wrote, published and began performing a song called "Dead Girl Walking" in 2005.  I wrote the song to "go first" - to be brave enough to describe what it's like to be a cancer patient, to walk around with an advanced breast cancer diagnosis (I have been in remission since 2000) -- the ever-present threat that I've met the thing that may take my life.  Truth be told, it follows us all.  It's mortality.  Uncertainty.  No one gets out of here alive, after all.  (Video of our "Five Minutes" at Azalea Storytelling Festival March 2017.)

From the start, my experience with breast cancer bestowed unexpected gifts in backhanded ways.  Through the memoir, our music, and Ray's film, I tell my story in hopes that it may be a hand in the darkness of a diagnosis of cancer.  My journey delivered me to a side of the river I would never have seen without having had a life-threatening experience.  "I am a woman who's finally, finally alive!"

I've been writing my story since I began to surface from the experiences.  My impulse was to reach out to other women who face life-threatening illness.  Specifically, advanced breast cancer ... in a young woman.  I'm writing the memoir with some years of distance, digested thought, and from the lighted side of the tunnel.  It's surprisingly uplifting, both to me and to the audiences who have heard the song or seen the film.

Ray Schmitt of Real Earth Productionsheard our music while visiting Ocracoke from West Virginia.  He bought our "Home To Me" recording, read about my story, listened to our music and emailed me.  Back and forth all that day we corresponded and by day's end, had committed to do the film. 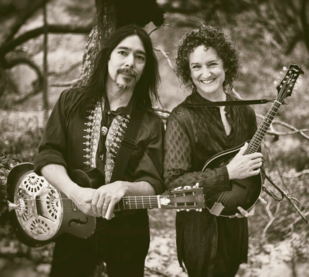